IpadAir and iPad Mini with Retina iPad screen now launched on sale in India recently. These devices were launched and announced by Apple on  22 October 2013. 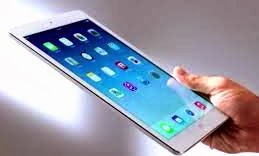 Apple ipad Air, WiFi iPad edition is priced at Rs 35,900. It contains a 9.7-inch Retina display with A7 chipset for good ipad air video. It is based on a 64 bit architecture and it is also based  a M7 motion sensor. IPad Air is the lastest of the series of Apple ipads and weighs less than a kilogram. It is available in two colors – gray and white.

Price of Apple Ipad Air in India with specs.

Air iPad 16GB Wi-Fi, issue listed on Flipkart as coming soon for purchase ipad in India. You can choose to be notified when the product becomes available on Flipkart. 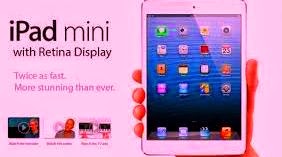 IPad Mini with Retina display starts at Rs 28,900. It’s like the air, as this Apple ipad model is much slimmer as compared to Ipad-Air, it comes from the iPad with A7 chipset, 64-bit architecture and a coprocessor movement M7 motion sensor packed in this device. It succeeds the iPad Mini and supports a resolution of 2048 × 1536 and more than 3.1 million pixels. It will be available in space gray and silver colors only.

Price of Apple Ipad Mini in India with specs.

The launch of the iPad Air and the iPad Mini retina in India should try to compete with the Nexus 7 2013 edition for Rs 20,999 in India with best ipad air video.