Now xbox music service on android and iOS with onedrive

The music service update on rival mobile platforms comes with Xbox Music brand and not recently unveiled the brand Groove Xbox Music on Windows 10. An update Groove to the Android and iOS platforms are expected at some point. 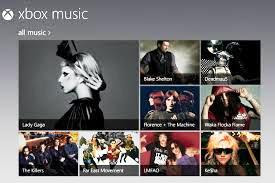 Onedrive integration puts the Xbox Music on par with other music lockers as Google Play Music. Microsoft at the time of launch of Xbox Music, added that users can store up to 50,000 music files to your collection onedrive, which coincides with the storage limit recently hit up Google Play Music.

Other new features of the Xbox Music update Android and iOS applications include support offline playback on a range of devices, the ability to download individual songs and albums for offline use, and also the ability to filter music offline. The company also detailed “several bug fixes’ to your list of changes.

Downloading music files from onedrive and store it for offline use is also possible. It has been said that despite the addition of several bug fixes, the iOS version of the service seems to clash regularly.

The updated application is available for download from Google Play and App Store. The application is compatible with Android 4.0 Ice Cream Sandwich or later and iOS 7.0 or later versions of the operating system.