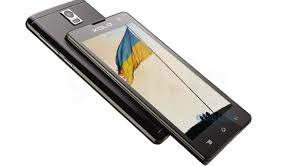 The Xolo Era HD is an improved variant of the smartphone age of the company, which started in July this year. The main feature of this smartphone includes HD (720×1280 pixels) IPS screen display with a 294ppi pixel density. Xolo Era Hd is dual SIM smartphone which operates on Android 5.1 Lollipop android OS.

Like the previous version of Xolo Era, the HD version has 8-megapixel autofocus rear camera with LED flash and a front camera of 5 megapixels. It is powered by a quad-core processor of Spreadtrum (SC7731G) processor which is clocked at 1.2GHz. This android smart phone also have 1GB of RAM and Mali 400 MP GPU for good video quality and gameplay.

The Era HD smartphone of Xolo has built-in 8GB of storage which can be expandable with the help of a memory card via microSD card (up to 32GB). Secured by a 2500mAh long life battery, the handset offers up to 10 hours of talk time and up to 556 hours standby time on 3G. Connectivity options include in Xolo Era HD is GPRS/EDGE, 3G, Wi-Fi 802.11 b/g/n with hotspot functionality, Bluetooth, FM, Micro USB radio and GPS.