Celkon launched CT11 Android tablet, at a price of Rs 2,999 in India. Celkon smartphone maker has expanded its product portfolio with the introduction of budget Android tablet called CT11. The company launched this tablet PC at a very low price of Rs 2999 and is available in all retail stores and online store at Amazon. 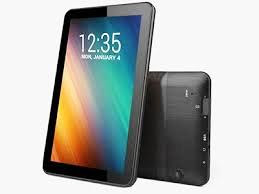 In terms of specs, Celkon CT11 has a WVGA 7-inch screen and runs on Android 4.4 KitKat operating system. The device is powered by a 1.3GHz quad-core ARM Cortex A7 processor and has a large internal memory of  32GB, which can be expandable by a microSD card.

The low price tablet also has a 2 MP primary and secondary camera in order to facilitate video calls. In terms of connectivity Celkon CT11 tablet PC includes 3G via dongle, OTG support, card reader, mouse, Wi-Fi, Bluetooth and has a battery of 2500 mAh.

Commenting on the launch, Guru, President and CEO of Celkon Mobile, said: “We are making great progress towards the key players to be like the new CT111 cottages and deals will help us to grow strongly, target a leading player in the country of birth and in the international markets. We are proud to say that this is the most innovative and affordable tablet in the country, thanks to the team to support innovation.”

Last year Celkon introduced CT722, a budget-friendly tablet at a price of Rs 4999 in the Indian market. Celkon CT722 tablet has a 7-inch screen with a resolution of 1024x576p and runs on the Intel Atom chipset C3230RK X3 processor. This tablet runs on Android 5.1 Lollipop comes with 8GB of internal memory, 1GB of RAM and support for microSD cards up to 32GB.

Front and rear cameras of Celkon CT722 have a resolution of 3.2 megapixels. The tablets also have an SIM to access the Internet over 2G, 3G and Wi-Fi, while its battery capacity is 2,800mAh.