With only 70 days before Christmas, Argos launched its own budget and the familiar tablet deals that should appear in the Christmas deals lists. 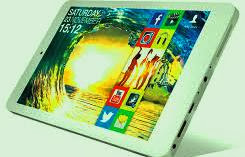 The myTablet 7 inch has 8 GB of memory , and runs Google Android OS 4.2.2 jelly bean. It comes preloaded with 19 Free games and applications, including the use of Argos, BBC iPlayer, Facebook, Twitter and Angry Birds.

Argos said the tablet is for families that has a feature of parental controls for younger users, but offer all the functionality of a full tablet.

The myTablet is available in packs of pink or silver and has a 2 MP camera on the back and a front camera. There is also Wi-Fi enabled, Bluetooth enabled and features a dual-core 1.6GHz processor and LCD screen resolution of 1024×600. The device memory can be expanded to 32 GB using a mini SD card.

Joe Walden , CEO of Argos, said: “Millions of people have bought a tablet last year, but there are still 75 per cent of the UK population who do not yet know that their own tablets will be more weight on his Christmas this year.”

“Customers have never had such a good quality tablet at an affordable price,” Walden said. “With only myTablet £99.99 Argos is very competitive with a large memory and fits perfectly in the number of tablets offer.”

The myTablet comes on the heels of a similar priced Tesco tablet released earlier this fall, 119 pounds Hudl. On sale on Wednesday 16 October myTablet America argos.co.uk MY TABLET can be purchased through the online store of Argos or in shops.