HCL ME Tablet U2 affordable Tablet Specs, price and reviews

HCL showcased their new range of affordable priced tablets each running on Android operating platform and 7-inch display. This post covers specs, price and reviews for the lowest priced HCL ME U2 tablet. 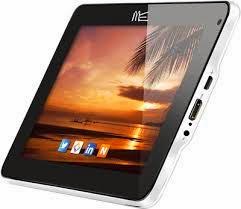 HCL ME Tablet U2

Even after being one of the leading tablet and laptop suppliers in the global market, still HCL seems to be struggling to grasp his share in tablet market. To achieve this task, HCL is going to release its three new tablets with latest feature updates and nice specifications in very reasonable prices. ME Tablet U2 is the lowest priced among all three new HCL tablets and also having full access to Google Play marketplace where the other two have limited access to apps in HCL ME Store.

HCL ME U2 is a 7-inch WVGA multi-touch capacitive screen tablet with a screen resolution of 800 x480 pixels. The HCL tabletruns on Android Ice Cream Sandwitch 4.0.4 operating system expected to be upgradable to Jellybean 4.1.2 version. The 7-inch tablet is energized by ARM Cortex A9 processor running at 1GHz with 1GB onboard storage. HCL loaded its tablet with 4GB of internal storage with an optional memory expansion up to 32GB via a Micro SD card.

The Android tablet is has a 0.3 MP front facing camera supporting full HD videos and loaded with 3000mAh Li-Polymer battery to provide sufficient battery backup and let user away from electric outlet for more time.

This is an affordable offer from HCL that will be available to customers at the price of only Rs. 4,149 at online stores of HCL.

Other Android companions of HCL ME U2

Besides HCL ME U2 tablet, HCL also unveiled two more tablets with same display sizes but with more price range.

Out of the two, first HCL ME Tablet V1 comes with more internal memory of 4GB and two camera of 2MP (front) and VGA (rear). This device will be priced at Rs. 7,999 to customers.

Where the second HCL ME Tablet HCL Y3 also coming with same display size but with better resolution of 1024×600 pixels, when compare to other two. It also features 4GB of in-built memory and two cameras. This is the highest price ranged device that will be available at Rs. 11,999 to customers.